Nosadella.due introduce Transits, the show of the two artists André Guedes (P) and Xana Kudrjavcev-DeMilner (D) staying in Bologna for the months May and June 2007.

Transits narrates the results of a passage, of a present in fast transformation, of a moment of time destined to change, leaving at the same time it’s traces. The transit is that one of the artists themselves, moving from a certain context (geographical, social and cultural) to another; but it is also the transit of a city, Bologna, that is living a moment of great changes, projecting itself towards new frontiers skipping the attention to old traditions.

The installations of Guedes and Kudrjavcev-DeMilner recover this attention bringing back the vision of the external observers that are able to read, or at least to realize, the current flow of a city in transformation. 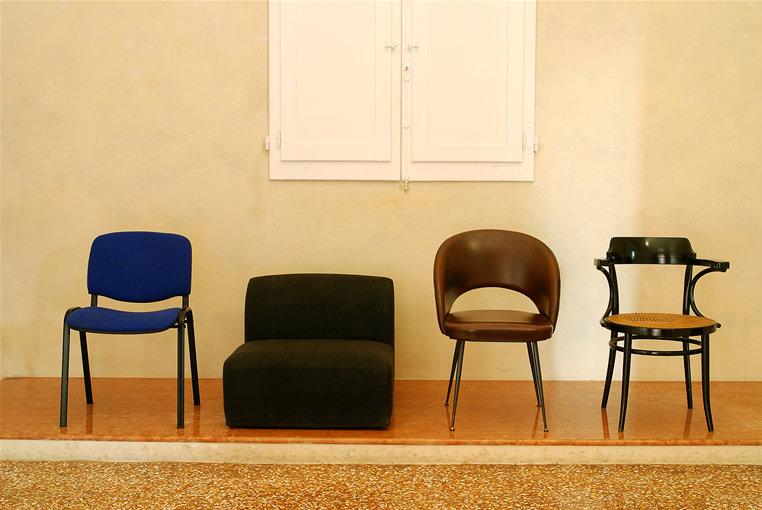 The two artistic projects, realized especially for the suggestive spaces of the International Museum of the Music in Bologna, that will entertain the show from July, will tell the result of a working period in which they have entered in contact with the city and it’s history.

Andrè Guedes’s artwork Better days has it’s roots in a pregnant actuality: the closing of one more of Bologna’s old cinemas: the Nosadella. Located really in front of the residence in which Guedes has been guest, the cinema, as part of a cultural district becoming more and more important, had originally been selected as an exposition space itself. Beginning from the meaning of such context, in which objects and architectures of the cinema became protagonists of a change of function of the spaces, Guedes operates a transposition of them to give them new life in relationship to the preceding one. This is the reason for the displacement of some elements of the physiognomy of the cinema, to recreate a new sense that is not only allusive but that preserve also the meaning of a time-wrap-happening. As completion of the project, a final installation will surprise the Italian public projecting them back in their own cultural history.

Leitmotiv of the show is the time; firstly the brief changing period of the artists themselves, secondly the long period of our actual history in which the present is fed by the past to preserve from and to confront with the future. 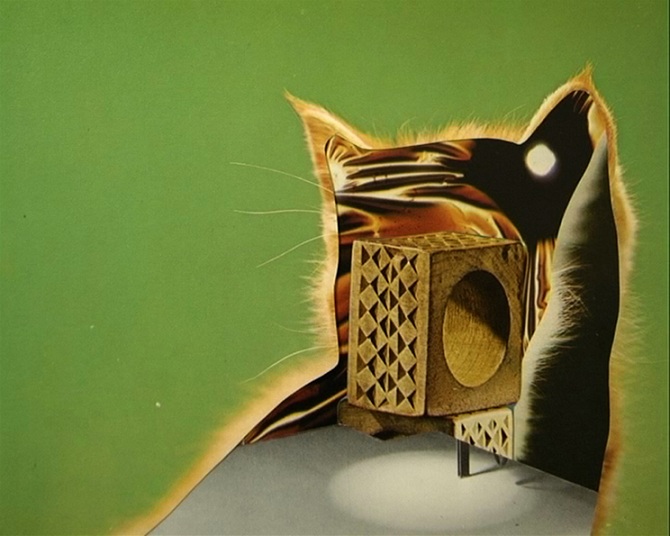 The animations of Xana Kudrjavcev-DeMilner suggest also an ancient atmosphere updated by the use of the most advanced technology. Colours, forms, moving images, are vehicles of a collective visual and above all personal memory. Starting with animations stop-motion the artist builds up abstractly thoughts in which the original semblances looses their concreteness to realize something of real, something of fantastic. Her animations are the result of an artistic research that began with paintings and ends with collages passing through a tireless research about experimental cartoon cinema of the beginning century. Like a child that loves to cut out the silhouettes and to animate them, Xana Kudrjavcev-DeMilner doesn’t miss to underline also the playful, sometimes almost sadistic, aspect of the process of creation. Every release under the influence of a casualness produces an alteration of the forms that changes completely the original meaning.

During her stay at Nosadella.due Xanas Kudrjavcev-DeMilner initiated a collaboration with some musicians of the local avant-garde music scene to which the artist has entrusted the sound of the installation that has it’s roots, beginning from the images themselves, in an experimental match of sonorous fragments.

André Guedes (Lisbon, 1971) lives between Lisbon and Vigo.
His work reflects on spaces and places, on their current condition, on the way in which people relate to them, transforming them or not, on the process of identity and / or otherness that comes from this encounter – of people with and in space.
After graduating in Architecture in 1996 at the Universidade de Técnica in Lisbon, André attended postgraduate specialization courses in Anthropology of Spaces (Lisbon) and Le Pavillon at the Palais de Tokyo, Paris.